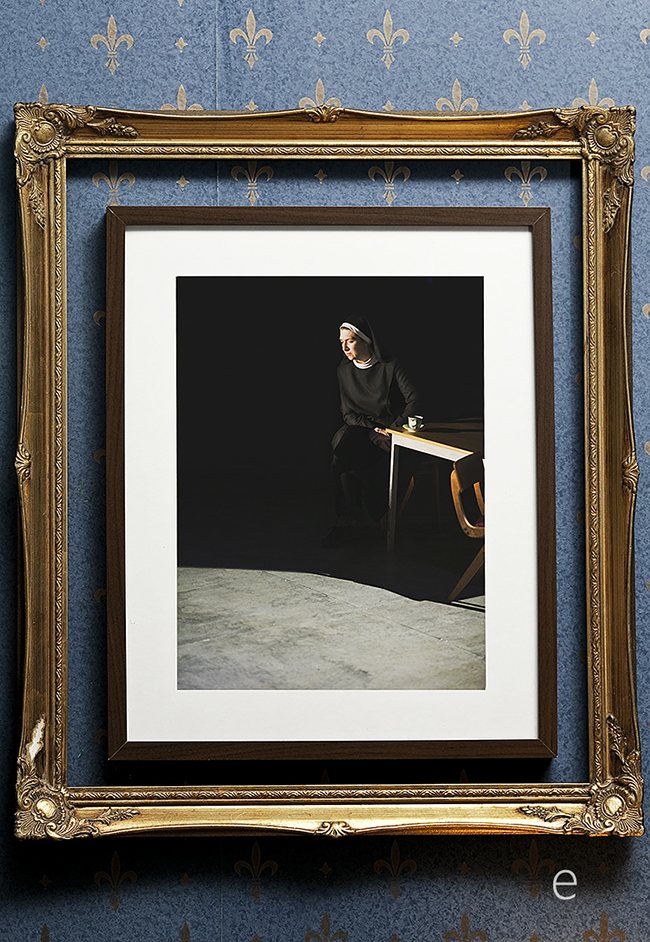 This month’s frame holds a still from a a tech of 27. The show is a National Theatre of Scotland production that ran at the Lyceum Theatre this month. Starring Maureen Beattie as Sister Ursula, an old story of faith and virtue in a closed orthodoxy, is clashed against the contemporary threat of the bitter, sprawling pharmaceutical economy.

However, none of this is in my image. It tells of a dilemma. It as much depicts someone on the margins of dark thoughts as it does directly project a darkness of its own in its composition. A bleak black backdrop, all detail is swept away and the image we remain with is a very sparse and morbid scene of contemplation. Over all the other images of our shoot, with the spectacular set and subtle expression of the actors, this stands out almost as a single image summary of  Ursula’s pervading doubt.

Since this was shot in a tech rehearsal (for the lights and stage) rather than a performance, I was lucky to see this in a moment where the actors were waiting for their cues. It wasn’t scripted or rehearsed, it was altogether unintended.

Perhaps the moral of this month is that the image that screams loudest does not always have the best story.